March 8 is celebrated internationally as Women’s Day. Its historical antecedent is unclear. Many sources claim that on March 8, 1857, women textile workers staged a march in New York City to protest unsafe working conditions. However many other sources deny that this ever took place.

What is certain, however, is that beginning with the Industrial Revolution and intensified with the outbreaks of WWI and II, millions of women were employed in factories and other sweat shops in unhealthy conditions and grinding poverty. And women did protest for “bread and peace.”

Regardless or its origins, International Women’s Day is a day to raise awareness of the lack of gender parity in nearly all professions, the high rate of poverty among women, and suppression of women’s basic rights in many countries around the globe. 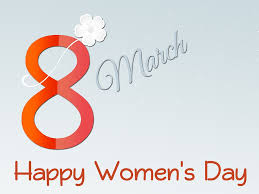