Calling all library buffs. On May 24, 1597 Leiden University Library (The Netherlands) produced “Nomenclature” the first printed catalog of an institutional library. For those of us who love lists and organizational schemes, it is the precursor of Wikipedia (and other similar repositories of knowledge) from which this article has been summarized.

For what it’s worth, a “nomenclator,” in classical times, was a slave whose duty was to recall the names of persons his master met during a political campaign. However, it has taken on several other meanings and also refers to a book containing collections or lists of words.

This image is a photographic reproduction of Willem Blaeu’s 1649 woodcut of the Leiden University Library, a work in the public domain. 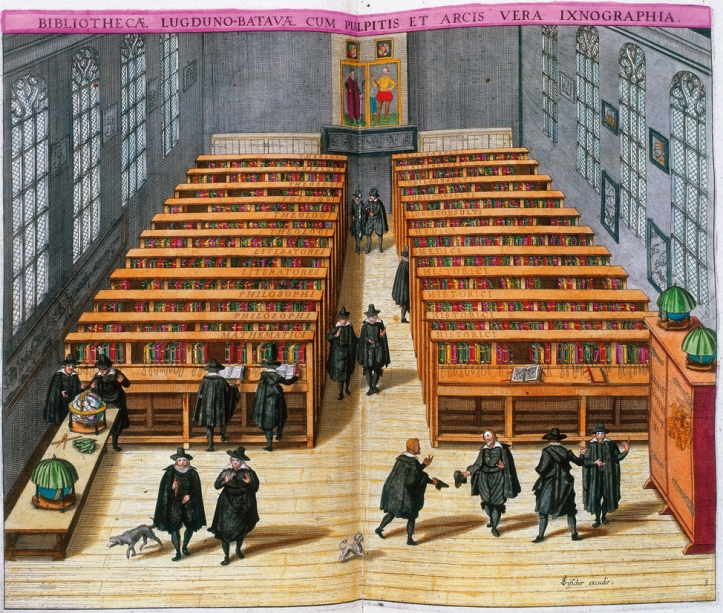