Samuel Plimsoll (10 February 1824 – 3 June 1898) was a British MP best remembered for his campaign against the execrable practice by some shipping magnates of buying unseaworthy vessels, literally from the salvage yard, outfitting them with a crew, and then deliberately overloading them, but not before insuring them heavily against loss. Nicknamed “coffin ships” not only was cargo lost, but most of the crew as well.   He insisted that markings be made on the hull to indicate the maximum safe load.

Not surprisingly, the bill was opposed by shipowners and their friends in Parliament. Then Prime Minister Benjamin Disraeli announced that the bill would be dropped. Outraged, Plimsoll shook his fist in the face of the speaker and stormed out of the building.  It took three years for bill to become part of Merchant Shipping Act.  Wikipedia says,  “popular feeling forced the government to pass [the bill].”

According to NOAA, Plimsoll lines are used until this day. 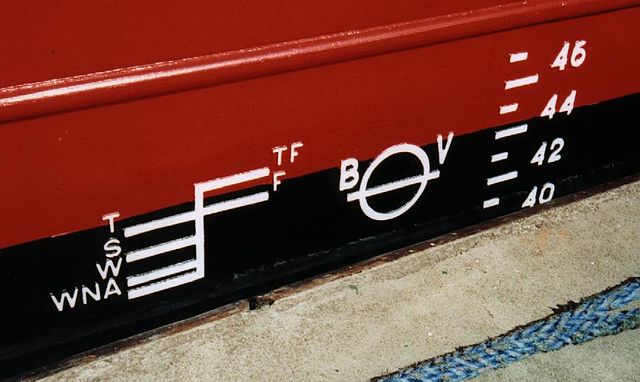